The internet: is it uniting or dividing? 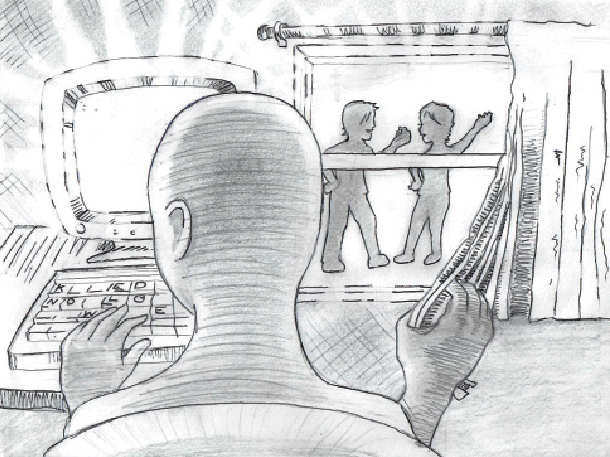 The internet has been and still is a huge factor in globalizing the world. ‘Globalization’ is the breaking down of cultural and economic barriers between groups or individuals. For example, with access to the internet, we have the same access to the same type of music whether we’re in China, London, or the U.S. Also we can start a conversation with just about anyone around the world in a matter of seconds. This is how many of us have been socialized, we grew up in the information era and we should not be ashamed of it.

Our generation has both subsequently benefited and suffered from the effects of the internet, starting with the withdrawal of face-to-face interactions. Everything we do now is through our phones or computers; we’ve lost the skill of physical interaction that our predecessors once mastered. Guys don’t have to build up the courage to talk to a girl they see out in public. Now we can just like a couple pictures off their Instagram and hope they “slide into our DM’s.”

But with that, now we have the power of knowledge at our fingertips. We have all heard that we are always on our phones, and that we would be helpless without them. But why do older generations look down on this? So what that we go to Twitter for our information? Whatever news comes out will reach social media before anyone can print it the next day. That’s why we’re constantly looking down all the time, because the media is constantly producing news. But with such great power comes great responsibility, as they say.

With the broad use of the internet all across the world, personal privacy has become more scarce than ever. Someone is always watching, everyone can be a reporter and there are cameras on every corner; it’s impossible to escape it. Security has become something not many people know anymore.

But not everyone has the privilege of internet. Many developing countries across the world are cut off or prohibited to the use or amount of use to the internet. Such as North Korea, where every media outlet possible is owned by the government. Things like this in America are taken for granted. We use these so much and so often that it’s become who we are now. Not that it’s a bad thing, but it can definitely become that if we let it.