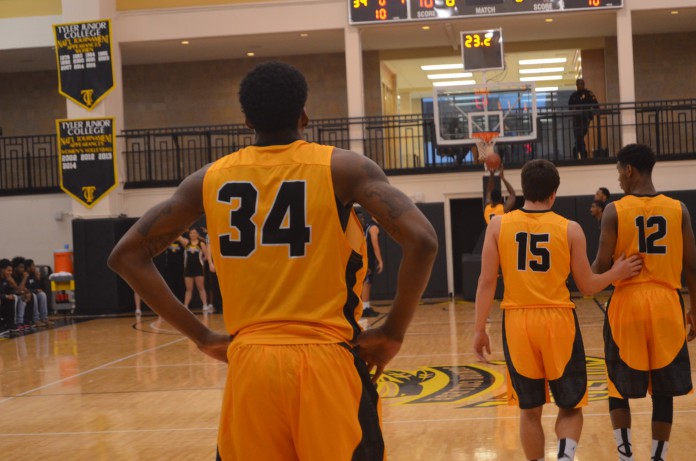 The men’s 2015-2016 basketball season is here again and looking to build off a successful season last season. Making it to the second round of the national junior college tournament.

This years team has a lot of new faces and very little returning players for this season, but none the less a promising team at that.

“Expectations this year are to go back to the national tournament,”said freshman forward Eden Ewing, “And try to win a championship.”

Really the biggest question about this year’s team is what will they be? Are they the team that will win late in ball games, the team that starts off fast in their schedule winning a lot but then completely falling apart once conference comes around, or will this be the team that runs the table passing all current expectations and shocking the nation? When asked who who he is looking forward to playing this season,

” Trinity Valley, because i know a lot of their guys because they are from Houston,” said Ewing.
Only time will tell if the team will be that good, but it does still stand that no men’s basketball team has won a national championship here at Tyler Junior College. But one thing is for sure, the amount of support that we can give the team during their season, to give them that home court advantage every team needs. ” Fill out the gym,” said Ewing. “Fill up the gym and support us.”

Could this be the first team to bring the title back to Tyler? We will just have to watch the season and see how everything play’s out.