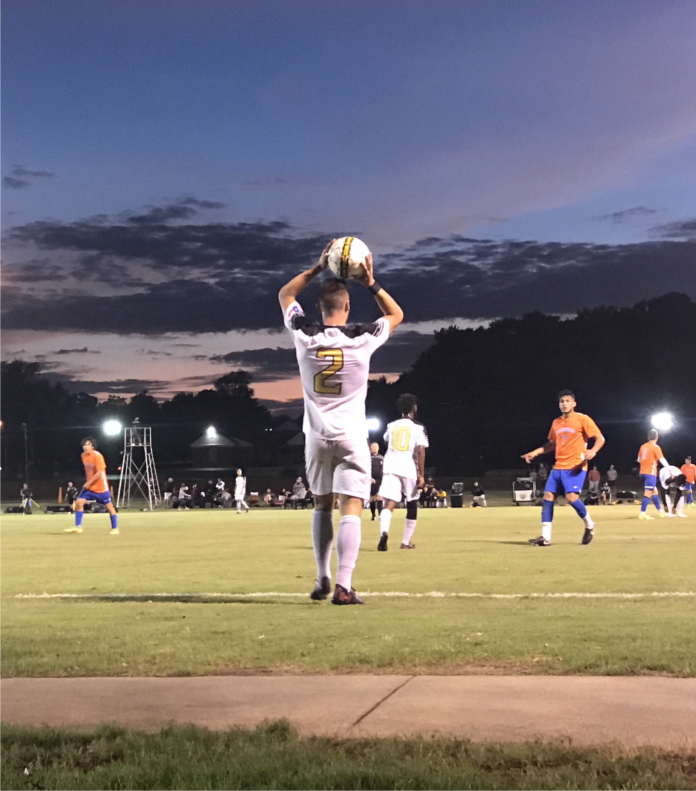 The Apaches started their season No. 1 in the nation in the pre-season rankings, but after a loss to Coastal Bend in a non-conference game they fell to No. 5.

After the loss to Coastal Bend the fourth game of the season, the Apaches went on a five-game win streak which was broken up by a 2-1 loss to No.1 ranked Richland on Sept. 26.

Since the loss TJC has gone on a four-game win streak.

The Apaches beat Angelina Oct. 10 with a commanding 4-0 win.

Mohammed Kamara had a hat trick and Kalifah Dukuly found the back of the net for the final goal.

Kamara leads the team is goals this season having 27, Carlton McKenzie follows his lead with six goals.

TJC is ranked No. 2 in the nation in total shutouts by shutting out the of the teams they have played this season.

The Apaches will head on the road to take on Northeast Texas on Oct.13 and Oct. 14 at Paris. Then they will head home to close out conference play against San Jacinto-South on Oct. 17 and Jacksonville on Oct. 21.