Athletic dominance has become the norm 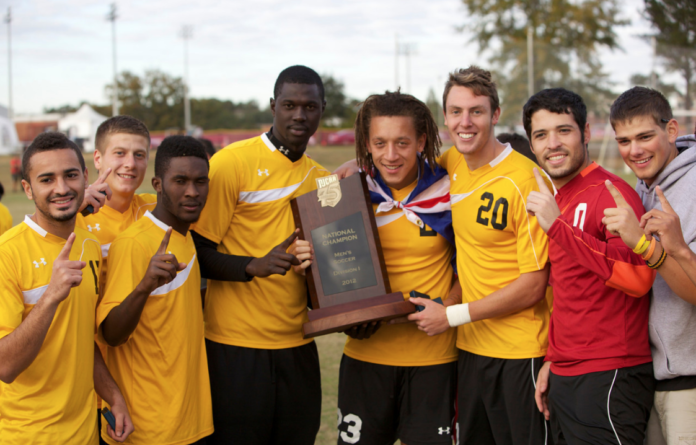 After being a sports writer my freshman year and now the sports editor for The DrumBeat during my sophomore year, I’ve been around TJC sports from softball to football. And after being around all the players and coaches, it’s no mystery to me why the Apaches have been dominant at literally every sport.

Let’s take two of the most decorated sports at TJC for example. The baseball and soccer teams have definitely done a great job in establishing themselves. Over the summer, the baseball team won their third consecutive national title. Also, the list just goes on for the number of professional athletes this sport at TJC has produced. As for the soccer team, they’re currently on the journey to another possible national title. They’ve started this season undefeated and has maintained the number one spot in the national polls.

The same goes for the women’s soccer team. These ladies have had their fair share of blowout wins this season and have been able to stay in the NJCAA rankings all season.

But it doesn’t take TJC long to make national champions out of a team. Let’s take a look at the softball team. Coming up on just their third season as a program, these ladies have already won their first national title last season over the summer and are looking for more of the same this season.

Although these things don’t just happen, championships aren’t just handed out. After being around the soccer team, I’ve realized that over the years they have former players spread out all over the world that help them bring in talent. The basketball team has had multiple next-level signers come through the program each year, but how?

I’ve spent a lot of time with a lot of these teams and the one thing that has remained consistent wuth every team has been compassion. Compassion for the game itself, teammates and even other sports. They treat each other like family. Every game I’ve attended has had athletes from other sports in the stands cheering on their counterparts. I’ve seen football players at volleyball games. I’ve seen softball players at basketball games and tennis players too. Each sport reaches out to help the other.

This builds chemistry not just among teammates but between coaches from differing sports. I’m not saying that the talent that each coach has worked on and all the skills that each player has to offer has had nothing to do with the success of TJC sports. But go around and see for yourself what TJC teams have that others don’t.

Every coach has done their job in making sure that every player not only has the want to succeed, but the want for others to succeed as well. It’s all a well-oiled machine. Every part has a role and purpose that the machine can’t be without.