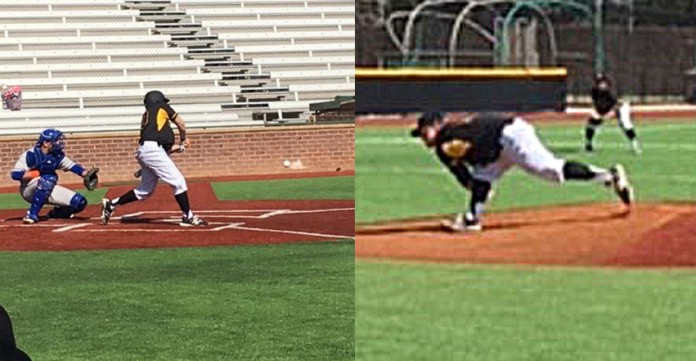 Apache baseball has started and is off to a great start this season with a 7-2 record in the early season things are looking bright for the team this year.

On opening day, which was Jan. 30, 2016 the baseball team had an impressive showing winning 13-0 in six innings. Carrying the momentum from that huge win over their next four games which all resulted in wins. Over the early five-game winning streak the team scored a combined 41 runs in five games while only giving up 11 runs in return.

But like all great teams, the Apaches felt a fair amount of humility. Two of their next four games in shocking fashion, it just seems as though they are not able to score enough runs as they once were in the beginning of the season, but things are still early in the season so things can still turn for the best.

When they are winning, things seem to flow better and runs seem to pile in. In their last two wins they scored a combined eight runs as their opponents could only put together four combined.

Follow the Apache baseball team through their season as they look to get back on track and add another ring to the collection.

Now we switch over to the women’s team, who are doing even better than the men’s team.

Apache softball is at an amazing 16-0 on the season and shows no signs of slowing. The highest runs against them are currently eight on the season. And they scored their second highest run total of the season at 19, there have only been two outings that they have passed 19. One game, on Feb. 10, 2016, against Georgia Highlands College, they posted 30 runs- more than even the men have scored this season in a single game. But that was not the only time they passed 19 runs in a single game. On Valentine’s Day this year, your Apache softball took on Iowa Western CC and scored 22 runs in a huge blowout win, holding their opponent to only five runs. At this pace this, could be an all-time great season for the women’s softball team, and one that could really ignite a dynasty for them here at TJC as one of the nation’s best softball teams.