Carter is heading to Lubbock 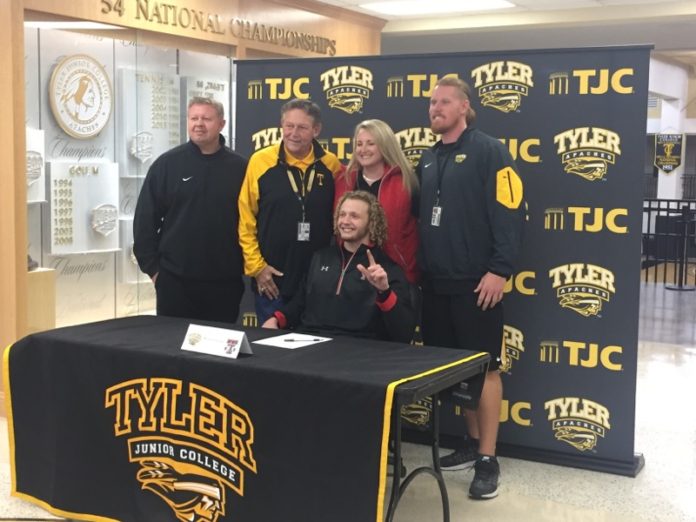 Palmer explained how proud he was of Carter and his accomplishments during his year spent at TJC. Carter helped the Apaches win five games and set several records.

“He’s came a long way. His journey hasn’t been the most ordinary one,” said Coach Ryan Taylor. “He has made the best of it. I think Texas Tech just got better today. I’m very happy for him.”

Carter is left-handed, and although coaching him was a little different, Palmer explained that Coach Taylor did an excellent job at training him.

“He could make a throw to his left as good as his right,” said Palmer. “It’s going to be hard to replace him.”

After spending a year at TJC, Carter wouldn’t take any of his experiences back.

“I appreciate everybody here at Tyler Junior College for giving me the opportunity to come and give me another chance,” said Carter. “I’m excited to take this next step. I’m ready to be a Red Raider.”