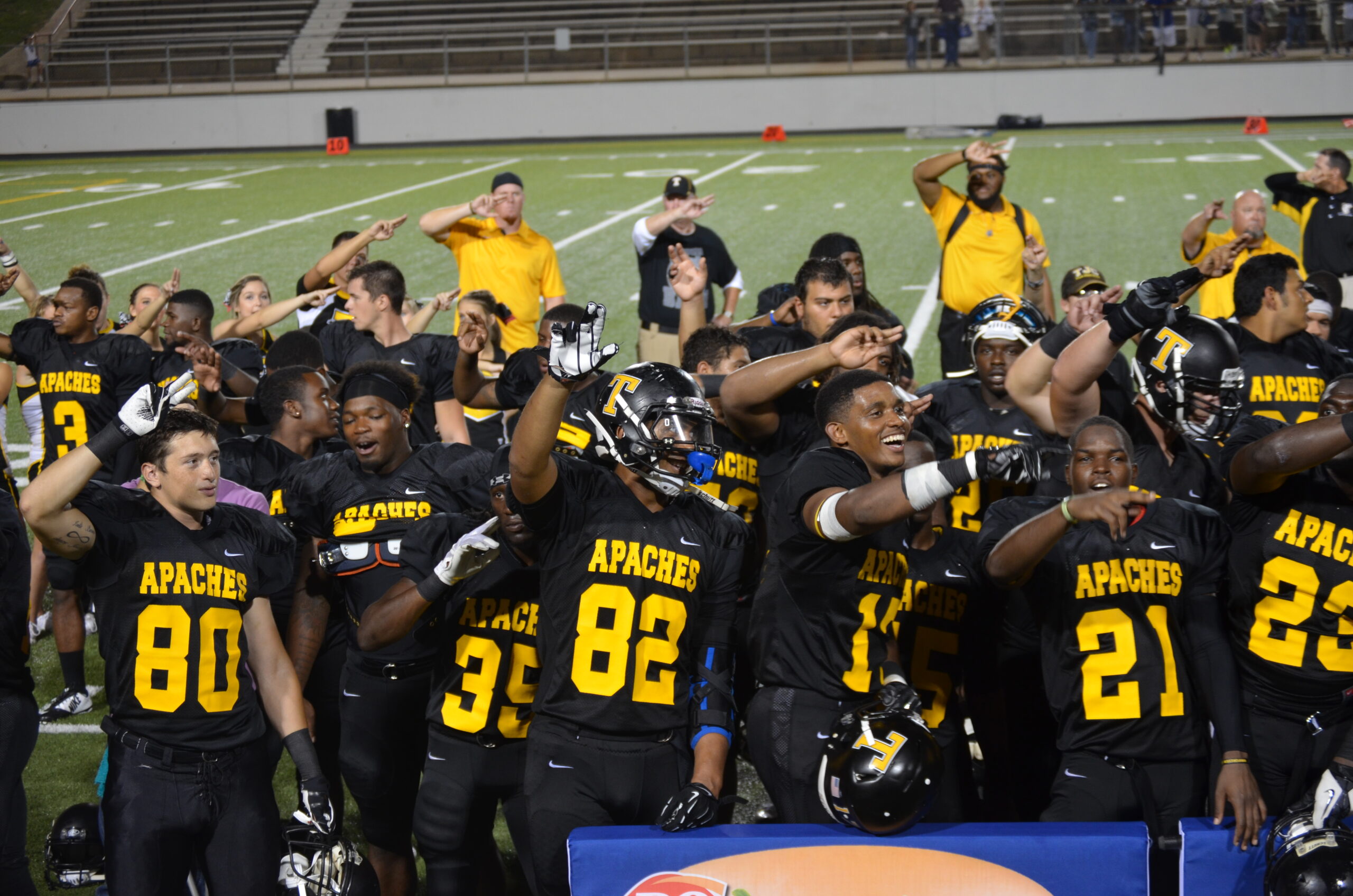 This year’s homecoming game is on Oct. 25 against our long time rivals, Kilgore College. Students are already looking forward to the last home game of the season.

The football team currently 3-2 in conference and a 6-2 record from the season.

“Good things that we are doing that are really good,” Danny Palmer, head football coach at TJC. “Number one, we are the number one team in the nation in kickoff returns, so that’s a big stat. Chaston Bennett, from Rusk, is the leading touchdown person in the nation. He has 13 touchdowns.”

The Apaches will be playing two away games after a three week home stretch before coming back to Rose Stadium to play the last home game of the season.

“We’ve had a three game home stand, which was real important because we only have four home games,” Palmer said. “After Cisco we play two non conference games. We go to Houston are what used to be Southeast Prep. It’s a private school. Then we go to Georgia Military in western Georgia below Atlanta and that’s a non conference game. They are going to be hard to beat, but that’s a good road test. Then we have to go over to Navarro and play them… You’re going into our last two conference games, one on the road at Navarro and one here for homecoming. We’ll know where we’re going to stand for playoffs.”