TheDrumBeat.com
HomeSportsIt's all coming together for men's basket ball
Sports

It’s all coming together for men’s basket ball 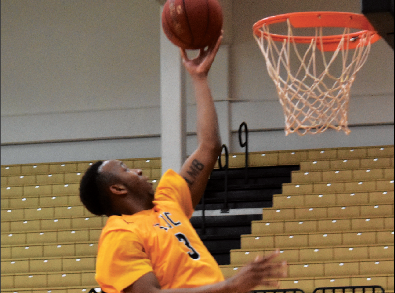 TJC’s men’s basketball has been riding a wave of terror on their conference until facing San Jacinto-Central, but has been able to continue onto another lengthy win streak.

“To our kids’ credit, they took the loss hard, but they didn’t dwell on it,” said Head Coach Mike Marquis.

Marquis and his team have reached a 19-1 record with their only loss to San Jacinto-Central who currently stands at fourth place in the nation and is still undefeated.

At beginning of the season, Coach Marquis stressed the role of leadership that the sophomores will need to pick up this season. As for sophomores, Kwinton Hinson and Jaqwan McCauley, they’ve answered the call.

The two team leaders have put up a combined 28.5 points per game and have been the ones to look for on offense. McCauley has been making his living at the charity stripe with the most free throw attempts on the team this season.

“Kwinton Hinson has vocally really tried to set the tone first semester he did a great job with that,” said Marquis. “And then Jaqwan McCauley really played like a leader and showed that.”

Eden Ewing, the sophomore from Houston, TX, has been making his presence felt down low on the block. The 6’8” forward has put up 13.7 points per game and is leading the team with 7 rebounds a game.

For a freshman standout this year, Brian Warren from Indianapolis, Indiana, has produced a spark at the point guard position. He leads the freshmen in points per game on the team with 11. Warren also leads the team in free throw percentage, shooting just under 90 percent.

“Eden Ewing has had some real flashes of holding the team together in tough times and then the guy that goes under the radar a bit is Brian Warren, our point guard. He’s maturing very quickly in that role,” said Marquis.

With each sophomore picking up their individual roles, combined with the spark of energy that the freshmen produce on and off the bench, this team will soon be the team to beat.

After familiarizing themselves with Marquis’ system on the court, the team has really picked up the slack and has entered the top ten in the nation of the NJCAA polls halfway through the season.

Behind only San Jacinto-Central in their region, the Apaches won’t have any more games against the No. 4 team in the nation.