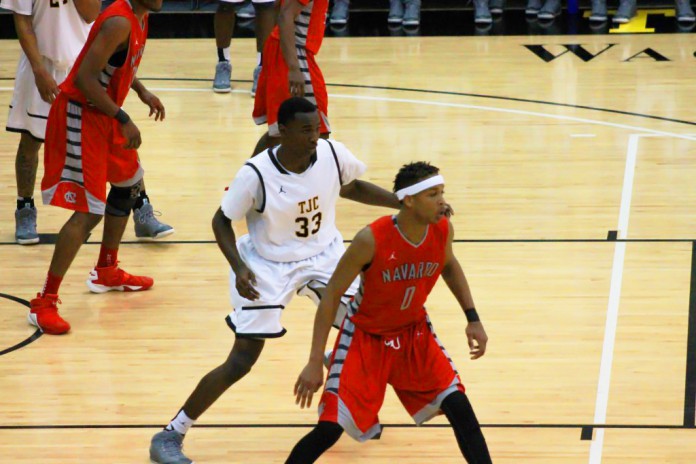 With such a great start to the 2015-2016 men’s basketball season the Apaches are just looking to continue to do well.

“What’s really been fun from a basketball standpoint is to see our level of enthusiasm and our chemistry grow with each game, and that has been very rewarding to all of the coaches to watch all of that come around so quickly,” said Head Coach Mike Marquis.

The Apaches have gotten off to a stellar start to the season.

With the team made up of mostly freshman, the few sophomores have taken leadership this season, but everybody on the team has been able to contribute to the team’s success.

“I think every game we’ve had someone else lead us in scoring,” said Coach Marquis.

Coach Marquis is proud of his team, but he has been impressed by the leadership shown by his two starting guards, Ronny Stacy and Darryl Stewart. Both players have shown leadership so far this season which was stated be Coach Marquis.

“They’ve shown a lot of leadership in different ways, but they’ve really helped the freshman figure out what we’re trying to accomplish here at TJC,” said Head Coach Marquis.

Both players played on the playoff team that went to the national tournament last season. And were both key contributors last season with Stacy starting and Stewart coming of the bench as the sixth-man.

As the Apaches roll into the winter break, they will play six games before classes start back up at TJC in January.