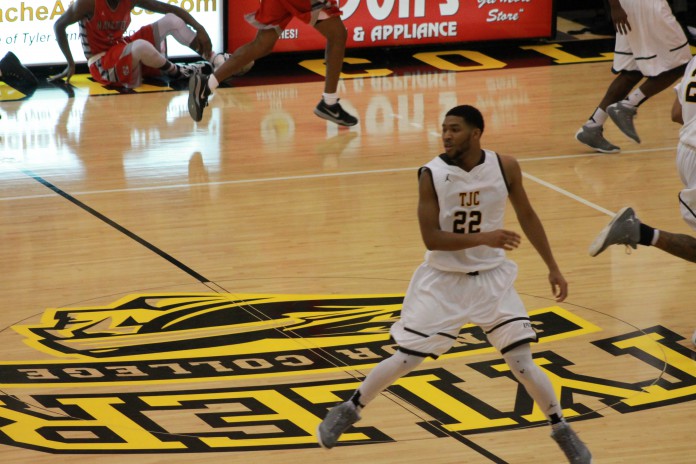 Then men’s Apache basketball team didn’t exactly have a jolly winter break this year. In fact, you might say that all they ended up with was coal.

Out of their seven games over the break, the team only managed to win two and lost the other five. There just wasn’t a consistent feeling about their time on break. In fact, it seems like the team was more on a winter break like the rest of us instead of playing ball for the winter.

Not all was bad while the students were away though. While the men’s team did lose five games only three were by 10 or more points and the other two were by single digits. The game could have gone either way with a little better execution.

[metaslider id=2856478] In the teams two wins, it was the opposite case where they won, against Houston Community College – Southwest and Bossier Parish community college, who both don’t seem to make any type of run deep into the post season this year.

Winning one game by 10 points and the next by seven. Those games could have gone the other way as well, given the fact that the team had a little better success with their execution than their opponents.

Some could say, “how did we struggle with those teams” or “why didn’t we win by a bigger margin?” This could bring up some concerns even though a win is a win, there is something to be said when you struggle with teams that you are expected to beat. And it goes without saying that you have to win games to reach the championship. So, losing 5 of 7 games during the time that school was out just cant happen if, in fact, there are championship goals at the end of the season. In that case it would be quite strange given the success the team had last year. You would want to build on that and go even deeper into the post season. The Apache’s next home game is Jan. 30th against Kilgore, who has an overall record of 14-6 but also seems to have struggled during the winter break winning only one more game than our Apache did. They seem to be heading back on the right track after their last win against Paris junior college 80-76.

Before our Apaches go up against Kilgore, they will travel to Paris, Texas to face Paris Junior College this Saturday. With both teams coming off a loss of somewhat close games, we should look for a good game this weekend as both teams look to get back to their winning ways as the regular season is closing out fast and the post season is approaching faster every week.