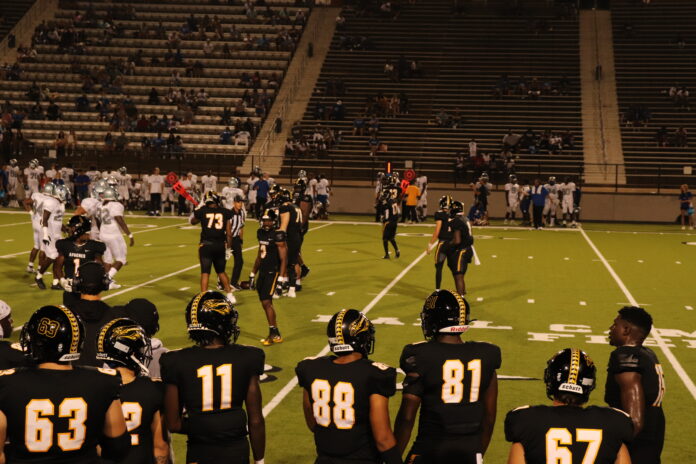 In late June 2021, the NCAA caved into a battle athletes and fans alike have been fighting for the better half of a decade now. Name, image, and likeness(NIL) rules are policies allowing athletes to reap the benefits of profits gained off their own identity. They have been a thorn in the side of college athletes since Reggie Bush lost his Heisman Trophy back in 2010 for allegedly receiving gifts from his agent while playing football at the University of Southern California. But why should this matter to the place kicker at TJC?

As a junior college, TJC is part of the NJCAA, a subdivision of the NCAA specifically for two-year colleges, yet the same NIL rules apply. In short, this new policy allows athletes to profit off of themselves. For example, before these rules were passed, a student-athlete couldn’t start a YouTube channel, or any other form of social media page, and make profit off of it. But now athletes can gain sponsorships through TikTok, local businesses, or even major companies before they put on a college uniform.

TJC, Trinity Valley, Kilgore College, and all local junior colleges can now allow their athletes to make a profit off their athletic talent. Local businesses such as Tyler Athletics can now sponsor athletes and allow them to alleviate some of the financial burden college brings, all by just performing on the field.

That unless it’s a very unusual case or a special case of some sort, I don’t think it’ll have a huge impact at that level simply because the athletes are in and out of school so fast.” Coates added that in many cases, with athletes spending no more than a year in school, it would have minimal impact at the junior college level.