No. 2 ranked Lady Apaches’ eyes are on Trinity Valley 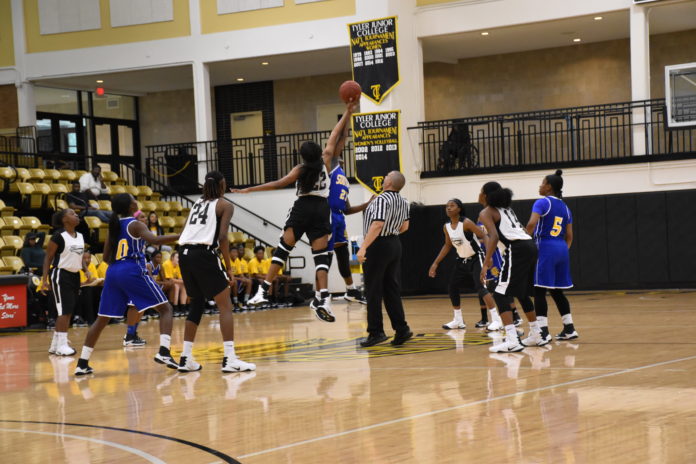 The women’s basketball team is looking to turn heads this season and is ready to finally catch that ‘glass slipper’ from Trinity Valley Community College.

Trinity Valley has been the proverbial thorn in the side of TJC over past seasons. After the two games last season against TVCC, Tyler took the second game to split the series 1-1.

TJC went on to finish 24-8 and ended their season in the Regional Semifinals with a loss to Blinn. But this year, these ladies are looking for change.

“You’re always going to have Blinn and schools like that to compete against, but we’ve got to keep playing and got to keep forcing the issue and just got to keep getting better every ball game,” said Jones.

After being ranked 2nd in the region behind TVCC, Coach Jones and her group of Apaches have outdone every opponent in the preseason and have yet to drop a scrimmage. With a constant outcome of wins this preseason, the amount of students that come out has increased every night.

“Really, I’m excited because we’ve never had a scrimmage where we’ve had so much fan support,” said 16-year Head Coach Trenia Jones.

The players and coaches aren’t the only ones who are excited about the upcoming basketball season. Several students, families and other athletes are coming out to the scrimmages.

“I’m excited that the student body is coming out and if we keep giving them something to celebrate and something to get excited about I think they’ll keep coming out,” said Jones.

Conference play will start on Nov. 30 when TJC travels to Beeville, Texas to take on Coastal Bend.