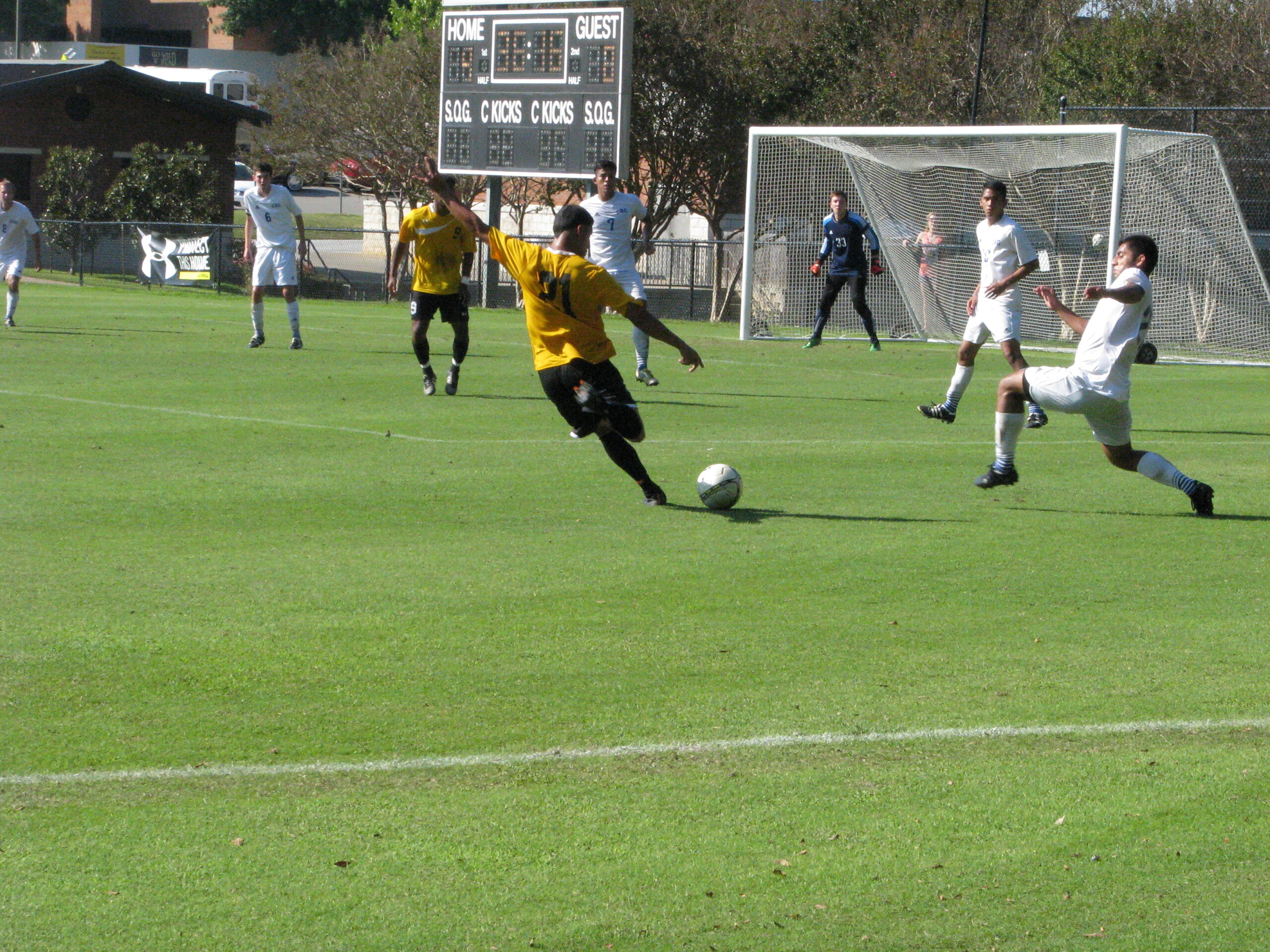 Over the years winning has become a tradition for the TJC soccer teams. This year is no different.

Last year, the Women’s soccer team made it all the way to the finals but lost 1-0 against Navarro.

This season the Women’s soccer team is ranked #2 in the nation with an almost perfect season, going 15-1 and only losing the final game of the season against Navarro. There are few key things that led to the great season.

“We’re very athletic,” said Women’s Soccer Head Coach Corey Rose. “We have some sophomore leaders that in key spots do a good job. Our defense is fast so we can recover when there are problems or when mistakes happen. We’re also getting scoring from a lot of different girls, which is very good.”

The team had a very good season but in the last game against Navarro they suffered a couple of big hits that could affect playoff chances.

We lost a few of our key players in the game against Navarro, said Rose. Center back Rilee Miller tore her ACL or LCL and midfielder Kennedy Rose rolled her ankle and “right now finding people to cover those positions is what we need to work on,” said Rose.

Coach Rose expects the team to go far in the playoffs in spite of injuries.

“Our toughest competition will be Navarro,” said Rose. “Both Navarro and TJC should get by the first round and we’ll see each other in the final.”

Last year, the Men’s soccer team went all the way to the national tournament and has worked hard to get back.

They had a great regular season going 15-3 and ranked #5 in the nation.

“We’ve had to overcome a lot of things,” said Men’s Soccer Head Coach Steven Clements. “We’ve had a lot of injuries throughout this season. We’ve had to battle and had a lot of close games. But all in all we are in pretty good shape.”

A key to the success has been how the players have come together.

“It’s awesome,” said freshman midfielder Brahan Gamarra. “Everyone gets along since we all live together in the same hall.”

There is one problem that the team has had this year that will need to be fixed to go far in the playoffs.

“We’ve allowed too many goals,” said Clements. “That’s an area where we have had a lot of change throughout the year and it’s taken us a while to get our defending cleaned up. We’re working on some things now to try and clean it up and get it better.”

There shouldn’t be any surprises in the playoffs though.

“We’ve seen everybody that we’re playing so we’re not in for a surprise nor are they,” said Clements.

The players are ready for the playoffs

Because both teams played so well during the regular season, they have clinched home field advantage throughout the playoffs.

For more information about rosters and updated playoff schedules, please go to apacheathletics.com.