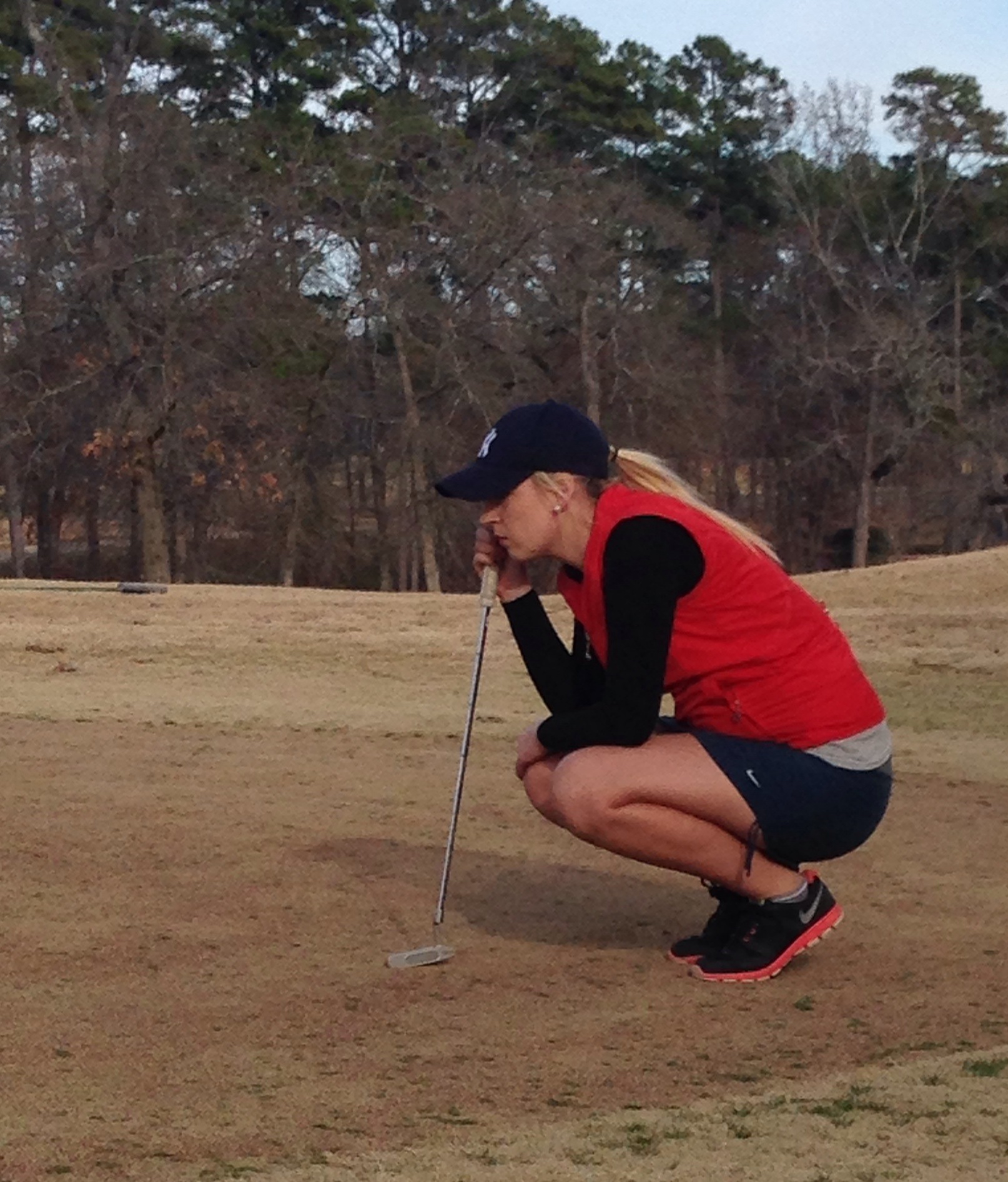 It was a warm, April afternoon when the TJC women’s golf team lined up to take its final putts to determine the regional championship.

The women worked all season for their chance to be regional champs and after a grueling tournament in Longview a few weeks ago, they accomplished that goal.
Now, after claiming the regional title on April 1, the team is now prepping for nationals.

Head Coach Sandy Terry could not be more proud of his team.

“It’s been a productive season,” said Terry. “We are all freshmen and maturing in our golf game.”

Terry mentioned that his favorite part of the season has been watching the players improve both during practice and tournaments.

The team of four has had to play against teams of five, but they didn’t let that stop them.

“We are only four people. We had to count every single score,” said Bostrom. “The other teams had five players so the worst score didn’t count. We really had to keep it all together and we did.”

The women say the team spirit was the biggest highlight of the season, especially after winning the regional title in Longview.

“Regionals for sure, it was a great tournament,” said Bostrom. “The whole team played great the last day.”

The Lady Apaches have won regionals for the past 13 years.

The next stop for Lady Apaches is the NJCAA National Tournament in Daytona, Fla.

The team will be playing at the LPGA International golf course, May 12-15.

“I really think we have a chance to win nationals,” said Bostrom. “We are preparing ourselves right now and our team is in a good shape.”

Tyler Junior College is still looking for the 50th National title and the Lady Apache golf could bring it all the way back from Daytona.