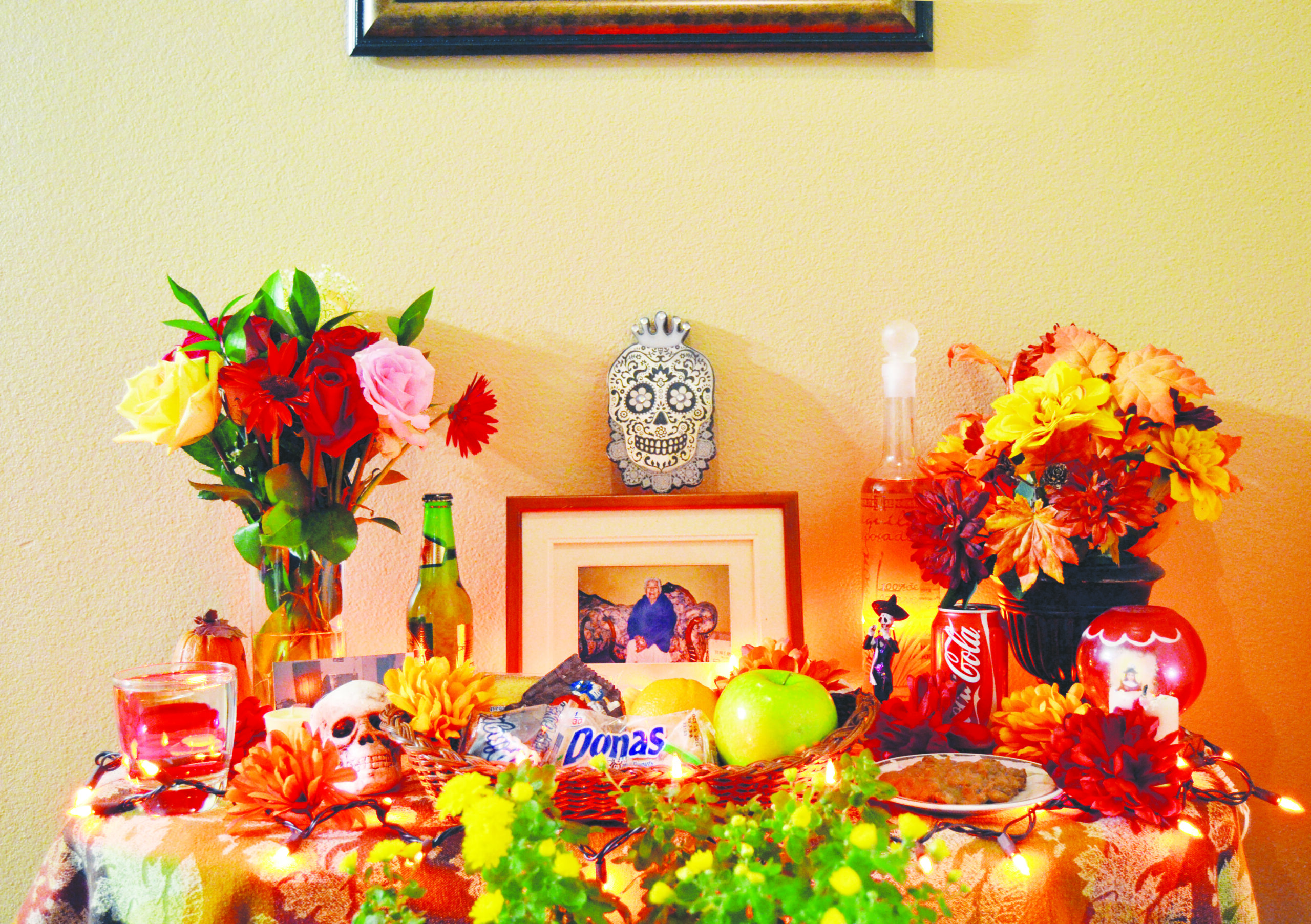 In Tyler, three generations of women will honor the life of their mother, grandmother and great-grandmother.

They will celebrate Dia de los Muertos to remember the life of Flor Serna from Guanajuato, Mexico, who passed in 2004 at the age of 94.

“The day means, to me, the best thing that I had in my life,” said Carla Guerra, 69, daughter of Serna. “I didn’t have the opportunity to know my dad. He died when I was very young. So, my mom was everything for me, she was my mother, she was my father and that’s why I really loved her.”

Dia de los Muertos recognizes death as a natural part of the human experience, a continuation with birth, childhood and adulthood. On Dia de los Muertos, the dead are a part of the community, awakened from their eternal sleep to share celebrations with their loved ones. The dead are honored with ofrendas — small, personal altars paying respect to one person. Ofrendas often have the things they enjoyed in life and souvenirs of the person being remembered.

Serna’s altar is in the Guerra’s home, which is decorated with a tablecloth that has her favorite colors of autumn. It is filled with candles and decorative lights that run across the setting, illuminating the fruits, drinks and treats she liked best. But nothing compares to what overwhelms the altar, the thing she loved the most, flowers.

“Flowers, she loved flowers. She was very joyful around them. She really, really loved them,” said Alicia Hernandez, 45, granddaughter of Serna. “That’s why we put them in her altar, because that is when she was more content and happy. She used to say that flowers were as beautiful as her. And there she has them.”

Elizabeth Sanchez, 25, great-granddaughter of Serna, said she had the pleasure of meeting her in the late part of her life and described her as lively and as a mentor.

“She was very funny, she was hilarious. She didn’t like my dog very much,” Sanchez said. “And every time (my dog) walked by, she would push her away from her. And I would ask her why she did. And she would say ‘What dog? Why would I hit your dog? She didn’t do anything to me, and I didn’t do anything to her. “(She had) a strong personality, she didn’t let anyone walk over her. An excellent role model for me.”

Guerra and Hernandez agree that while she had a dominant and abrupt character, her loving side out-shined the person she was.

“She had an assertive nature, but she was also very cheerful, hardworking. She fought a lot for her family. She would always support us, help us, every time we needed her. She was a very, very good person,” said Hernandez.

“I remember her as a very dear person. I spent a lot of time with her. We were very close. I loved her, and she loved us. She was like our second mother,” Hernandez continued.

“She was a person that would not take any nonsense from anyone. She always had immediate responses lined up to a question,” said Guerra. “Whatever someone asked, she responded, quickly. We always remember her because she lives through us in that form of being. She was very clever.”

Guerra also sees this day of tradition and celebration under a different light. She can’t get over the reality that her mother is gone. She remembers the person that nurtured her, that sacrificed everything in her will so that her children could have a better future.

“She was a very hard worker. She was very sharing with what she had. She would make the little money that she could and share it. That’s why she never had anything for herself. She wasn’t selfish to say that everything was hers, no. She shared everything with her family,” said Guerra.

“With children, her grandchildren, she would always bring them candy, fruit and things to eat. She was very nice in the matter of sharing. Under her strong character, she was a very giving person with her family,” Guerra continued.

“For me it is a day to remember my mom. It is a sad day because I start thinking about her. Remembering the times we lived together. It saddens me to remember her on the Day of the Dead. It’s sad because I no longer have her. I wish I could see her again but it’s not possible.”