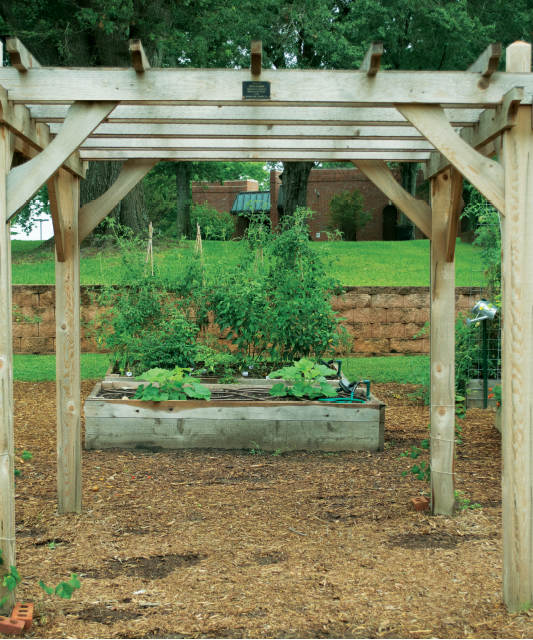 Over the span of three months the Green Committee has donated more than 277 pounds of food. From late May to early August the committee has given food to Gateway to Hope.

Dr. Deb Kelley, Department Chair for Behavioral Science, said that the first day they brought food to Gateway to Hope the clients were enthusiastic to have fresh vegetables.

They have expanded further than just on the TJC campus. The committee has partnered with TARGET Academy (Tyler ISD’s Academic Resources for the Gifted and Talented) and Douglas Elementary school helping to get their gardens started.

Though the Green Committee has been around for two years, they are only now getting more recognition. Starting a garden had been discussed before. The committee discussed starting. The committee decided to begin gardening around Vaughn Observatory, but converted that space into a butterfly garden because their crops weren’t flourishing.

They needed a plot of land that offered their crops more sunlight. Instead of seeking out a donor for the garden they held out for SSFAC, Student Services Fee Allocation Committee, funding. SSFAC is a group of students and faculty members who decide how funds are divided among student organizations.

Button insisted that the garden be student owned. “It‘s ownership. There has to be ownership if you’re going to commit to something like a garden. A garden is a lifelong project,”said Button. It was important for it to be student led because not one individual could run a garden. The campus garden is not only used to donate food to Gateway but it’s a place that any of the students can gather, whether to pick a vegetable off a vine or to help tend the garden.

“Students can come back here two years, four years, eight years from now and realize they left their thumbprint on this institution,” said Button.

Students interested in joining the Green Committee can attend their first meeting, at 4 p.m. on Thursday of the 1st week of school at