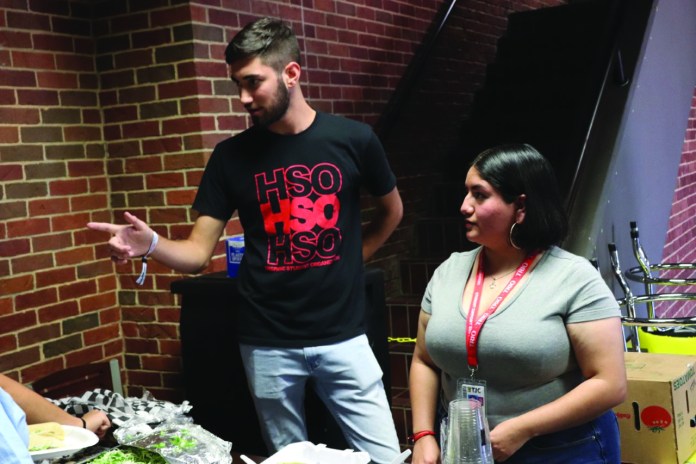 The Hispanic Student Organization is celebrating National Hispanic Heritage Month, which is going on until Oct. 15. The goal of this month is to “recognize the achievements and contributions of Hispanic American champions,” according to hispanicheritagemonth.gov. While this month is meant to display Hispanic and Latin culture in America, HSO strives to do so all year.

HSO invites everyone to celebrate Latin culture at their general meetings, as well as their events throughout the year.

“I’m from Dallas, which had a very large Hispanic population. Coming out to TJC and East Texas was a beautiful experience,” HSO President Venessa Trѐvino said. “But I noticed we don’t have a lot of Latinos out here.”

As HSO President, Trѐvino’s goal is to celebrate and share the culture with other Hispanic and non-Hispanic students. “There needs to be more of an emphasis put on spreading the culture, spreading our people’s foods, our language. Just an appreciation for who we are because we are a part of TJC too,” Trѐvino said.

HSO hosts events throughout the year such as Dia de los Muertos, or Day of the Dead, dance.

“We have a huge dance, like a huge party for the day of the dead,” Trѐvino said. “It’s not like an important social cultural thing, but it’s also a religious thing to honor our loved ones who have passed on while also getting together and just celebrating life.”

They also have other events like family movie night, taco night and Latin night.

The group’s main focus is simply giving Hispanic students a place to go where there are other people who share their culture. To them, it’s about finding people like each other to bond with.

“I think that everyone needs to have their own group,” freshman Ezra Balatero said.

Trѐvino and the other HSO officers encourage anyone interested to attend their meetings and events no matter their ethnicity.

“Just as long as you have love and appreciation for the culture and want to help us spread it across our campus,” Trѐvino said.

HSO meets at 5 p.m. every Monday in the Spirit Room in the Rogers Student Center. For more information about HSO, visit tjc.edu.