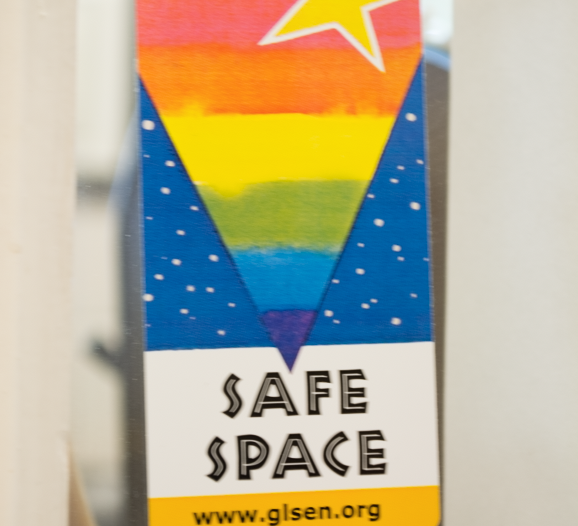 When deciding on whether or not to attend a specific school, students may look at the clubs and organizations that are offered by the college that they are interested in. While there are many different types of people, finding a club that is accepting and praising of difference may be difficult.

Safe Space is an group that celebrates differences within the community. Safe spaces were designed to make people feel comfortable on campus.

“The whole idea or concept of Safe Spaces is something that is very troubling to me, that we need to create a ‘safe space,’ and that this space is separate from this other, larger space. It started off with the LGBTQ+ community and we’ve kind of evolved into moving into this new wave,” said Ryan Button, sociology professor.

“What safe space is for us is where anyone can relax and be able to express themselves without the fear to being made uncomfortable, unwelcome or unsafe on account of biological sex, race, ethnicity, sexual orientation, gender identity or expression, cultural background, religious affiliation, age or physical or mental differences,” said Button.

Safe Spaces, referring to the entire campus, is intended to help make the campus more inclusive to students, as well as the community. The ideology that Safe Spaces perpetuate give an insight into equality for every person on Earth. Being ‘safe,’ or feeling that way helps students thrive on and off campus.

“What safe space means for us is that it is a place where you can come and we are all human, so that’s largely why we took up the moniker S.A.F.E., which is Students Advocating For Equality,” said Button. “This is a place where you can celebrate differences and the one aspect of it go tied onto this ‘safe place,’ like there is a location for it. There is obviously a place where the group meets and they talk and they discuss things, but we want to move this into a public forum.”

S.A.F.E. used to be the LGBTQ+ community club, but whenever Button came in, he wanted to make it less exclusionary for any group. Whenever a group is segregated from the community body as a whole, there is still differentiation that occurs.

“One aspect is the freedom to come together and express yourself,” said Button, “but that also has to be set in a context… The idea is never to just keep that idea of a ‘space’ localized but to try to expand it. I think the college does a great job with their community outreach in facilitating understanding between the Tyler Junior College and the community.”

Tyler Junior College is taking the first step of the campus viewed as a safe space. The notion that there are only a few safe spaces on campus is incorrect due to the fact that the entire campus is considered a ‘safe space’.

“With what I just defined a ‘safe space’ being, let’s make a planet like that and call it Earth,” said Button. “Let’s start fighting for humanity. What makes us all the same? It’s that humanness. This is a celebration of humanness. We are different, and we come from different backgrounds, and we grow when we share, so that’s what safe is.”