Pride of TJC offers a safe place for LGBTQ+ community 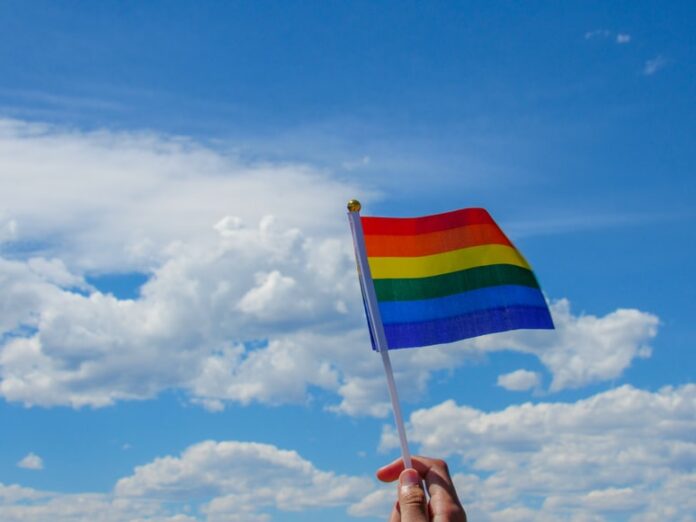 The Pride of TJC is a smaller organization than some on campus, but it is having an impact on the LBGTQ+ community.

Sophomore Brianna Murphy, the president of The Pride of TJC, said the club provides educational opportunities despite having the hurdles of funding and attendance during the pandemic.

“We do different things with education, outreach and activism around campus,” Murphy said.

The Pride of TJC  holds weekly meetings and plans to participate in the Tyler Area Gays Pride In The Park event from 10 a.m. to 4 p.m. Oct. 10.

According to Murphy, The Pride of TJC has a significant role on campus because it provides a space for LGBTQ+ students to connect.

“I think it’s important, especially because a lot of people feel alone or that they are not normal,” Murphy said. “In the LGBTQ+ community many struggle with mental health and their family members not agreeing with them, which can be lonely without the support they need and the community can help each other in the difficult times.”

“I think others should know about it because many people want a sense of belonging, and you can find it right on campus as long as you know where to look,” McClure said. “It is a safe space for LGBT students, as well as a good place to get information if you are confused about gender and sexuality.”

McClure said he joined The Pride of TJC to connect with others who share similar experiences.

“I decided the join because I am a transgender male and wanted to find people who are like me,” McClure said.

According to Murphy, the club provides a unique space for students.

“Especially in East Texas, and Tyler, Texas, because I’m in this area, there’s a lot of stigma toward members of the LGBTQ+ community. And we strive to bring Tyler Junior College students together through community activism and support,” Murphy said.

The goal of the organization is to spread awareness about LGBTQ+ topics and issues, as well as provide a community for LGBTQ+ students, McClure said. “I believe we need it on campus to show incoming students that even if they don’t fit into other clubs, they can come to ours and have a safe-space,” McClure said.

Also, the club advocates for the LBGTQ+ community and pushes for policy change on campus. In spring 2021, the club presented a resolution to get pronoun options on Canvas expanded.

“Several of our members reached out to the Student Senate, and then we advocated for them to enable pronouns on canvas,” Murphy said.

Murphy said their own experiences influenced their decision to become the president of The Pride of TJC.

“I wanted to help personally because I grew up in a home that was homophobic, so later I came out and realized I developed a mindset when you grow up your value changes so you don’t become what your family tells you,” Murphy said. “You know it’s wrong to hate people just because of their gender or sexual orientation.”

The Pride of TJC meets from 3-4 p.m. every Friday in Jenkins Building, Room 224, and is open to all students.