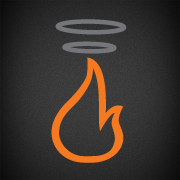 According to the justice.gov “schedule I drugs, substances, or chemicals are defined as drugs with no currently accepted medical use and a high potential for abuse. Schedule I drugs are the most dangerous drugs of all the drug schedules with potentially severe psychological or physical dependence.”

Noting that the scheduling of marijuana is not exactly the right choice, and pushed heavily due to race in the 30’s, states have been passing their own legislation to decriminalize and set up ways for patients to access the plant. Twenty-three states having medicinal marijuana and two states having recreational marijuana, jobs have sprung up for the obvious positions, trimmers, caretakers (growers), dispensaries, and one not so obvious job, advertisers. Enter Smoke Signal Advertising.

Based here in Tyler and formed by former TJC students, Jeremy Scott, Madison Payne, Kamren Scott, and Kevin Watts. Smoke Signal Advertising is taking advantage of an almost untapped market in the newly legal marijuana business. And with any new venture there can be some bumps on the road.

“The biggest hurdle has been not having the luxury to make face-to-face first impressions with potential clients,” said Madison Payne founding member of Smoke Signal Advertising, “we have had to rely solely on our capabilities and marketing strategies to reach clients.”

Marijuana may not be legal in the state of Texas but that does not mean they have not done work for companies here. Smoke Signal Advertising has recently wrapped up a website for the North Texas chapter of the National Organization for the Reform of Marijuana Laws or NORML. According to NORML’s website their mission is to move public opinion sufficiently to legalize the responsible use of marijuana by adults, and to serve as an advocate for consumers to assure they have access to high quality marijuana that is safe, convenient and affordable.

“We are running email, direct mail, and social media campaigns at the moment,” said Kamren Scott another founding member, “primarily targeting Colorado and Washington because they have both medicinal and recreational dispensaries.”

With the never ending battle for legalization showing some kind of light at the end of the tunnel with more cities passing legislation, Philadelphia’s Mayor Michael Nutter said he would sign an amendment to decriminalize marijuana, making it the largest city in the country to do so.

“Every day we progress more and more in the fight for legalization. There is still a lot to be done,” said Payne, “and there are a lot of misconceptions that need to be cleared in the industry, and that’s exactly what we are setting out to do. I fully believe that one day we will see nation-wide legalization.”