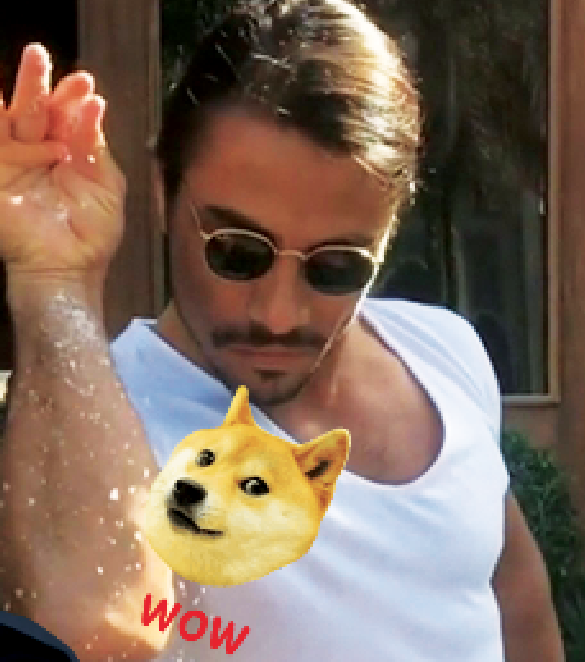 Social media is a way for people to not only connect with their friends, but themselves as well. While people enjoy chatting online and sharing pictures, people also enjoy the feedback that they get.

“You have to look at why someone is sharing that particular meme or post,” said psychology professor, Cory Howard. “When someone posts a pic on Facebook or Instagram and people like it, they get an actual rush of dopamine which makes them feel good. We get addicted to that.”

Dopamine is neurotransmitter that affects emotions, movements and the sensations of pleasure and pain. If someone were to receive numerous amounts of likes on their posts, the dopamine would take effect, lifting their mood.

A popular way of connecting with people and receiving those likes is by sharing memes over social media.

Memes are usually captioned photos or videos meant to amuse or spark interest in its viewers. Sophomore Kellen McFarland has another reason for sharing memes.

“As far as social media goes, I kind of make it for me,” said McFarland. “I like to fill it with thoughts and ideas I like or agree with, without much thought to who sees it.”

When scrolling through her Facebook profile, one would find numerous amounts of memes shared throughout the day.

“I kind of use the personal insight that memes have on social media to look back on and know exactly how I was feeling on that day and kind of keep a log of it.”

Along with using memes as a sort of online journal, McFarland feels that they play an important role with the people of her generation.

“A lot of the memes I see are about serious issues like having anxiety, or other mental illnesses or politics,” said McFarland. “If you have a mental illness like anxiety or bipolar, making memes can make it relatable to other people who have the same issue. Knowing that you’re not alone could really mean something to someone.”

McFarland plans to take her meme steam to the next level.

“I’m going to take part of my culture the way that the Roaring 20s did with jazz or the way that the 70s did with Woodstock,” said McFarland. “I just feel like memes have become a staple in millennial culture, right next to coffee, Netflix and an intense love for animals.”

While sharing posts on social media has it benefits, psychology professor Clint Selman believes that students should also be cautious of how much time they put into it.

“People don’t intend to put the bad things that are happening to them on [social media],” said Selman. “Everybody’s putting this kind of fake presentation out there and comparing themselves to the best foot forward of everyone else.”

Selman recommends that spending less time on social media and talking face-to-face with people would be more beneficial to students.

“The less you are on your phone, the more plugged in to the people that are around you now. Studies show that we are more empathic when we interact one on one when we see each other’s faces. You don’t get that in the back and forth of social media.”

While there are benefits and setbacks to it, social media has made its way into society and helps keep people connected. Whether it be connected to other people, news around the world, politics or the latest trends, it has found its place and is here to stay.

“There’s a benefit to [social media],” said Selman, “but there’s always a cost.”