SPOTLIGHT- Gerardo Carreon: A theater veteran, on and off stage 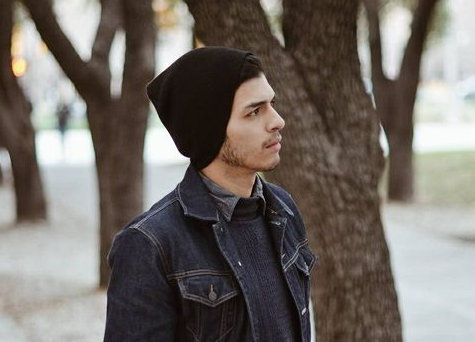 Tyler Junior College is a pretty lively place, and the campus as a whole would be all the more darker without those weird theater kids. The theater program at TJC has always been a grand spectacle where all those dramatically-inclined have been welcomed to practice and pursue their craft. Sophomore, Gerardo Carreon, was nominated by department chair of Speech Lara Smith to be in this week’s spotlight.

“Theater for me means everything,” Gerardo began. “It was brought into my life by accident and it has been the best thing that has ever happened to me.”

The actor goes on to talk about his passion for the art, regaling me with a vision that is distinctly different for him, as it is for every actor.

“It allows me to study life in a very personal view, it lets me see the world through someone else’s eyes. It makes me more sensitive and it makes me feel complete and full of life. That’s what theatre is to me,” said Carreon.

When asked about how he was inspired to pursue a life in theater, he fondly reflected on his childhood.

“It was kinda weird and silly of me, honestly. I grew up watching TV shows of all kinds and I always wondered where the people in the show came from, how they got there,” said Carreon. ”For a long time, I didn’t know you could pursue a career that could take you to that place on TV.”

Although Carreon didn’t grow up in a big town, he didn’t let that stop him from dreaming big.

“I grew up in a small town in Mexico, so the chances to prepare and chase a future on TV were almost none. Pretty soon after that I discovered theater and everything kind of fell into place from there. My world view changed completely and I fell in love.”

Talk of the future eventually came around. As soon as Gerardo gave me an impossibly devilish grin, I could tell he had big plans. As cliche as it sounds, he and I were both pretty sure he was going places.

“I plan to pursue university level classes as a Musical Theatre major, hopefully in Oklahoma City. As soon as I’ve got the experience I need, I’m moving straight to New York and hopefully onto the big Broadway,” said Carreon.

When asked on his final thoughts on theater, Gerardo spoke so much in so few words that should resonate with all of us.

“Discover who you are and what you love. Find a dream. Fight, work, do whatever it takes to accomplish that dream. We only live once and we’re here to live,” said Carreon.