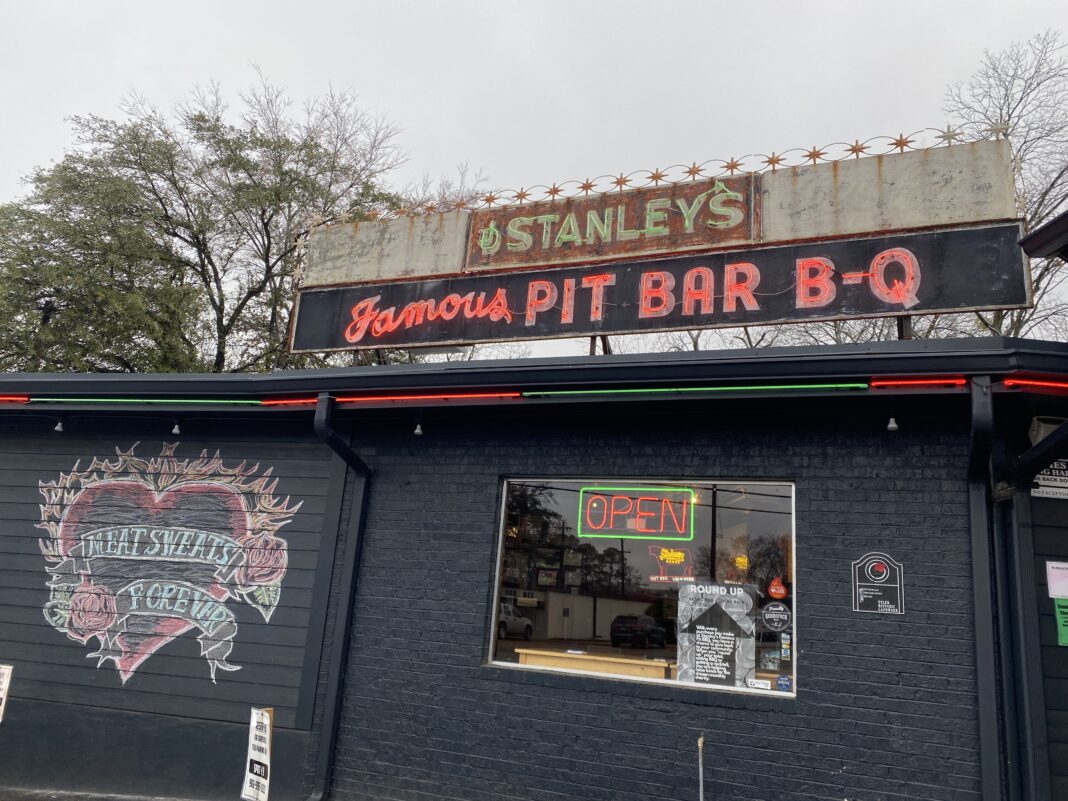 Stanley’s Famous Pit Barbecue will be hosting a Mardi Gras Party after the Second Line Parade at 6 p.m. on March 1 at The T.B. Butler Fountain Plaza also known as the Tyler City Square. In celebration of Shrove Day, families and students are encouraged to attend, as festivities include food, live music, and a sense of community.

Shrove Day, also known as “Fat Tuesday,” is associated with the tradition of Mardi Gras in New Orleans, said Nick Pencis, owner of Stanley’s. “It’s kind of a last party and the big hurrah before Ash Wednesday, which is typically when people make, you know, a sacrifice, giving up something for Lent.”

Primarily a religious holiday Mardi Gras has now transformed into a large celebration regardless of religious affiliation.

“Lent, which is a Christian tradition of giving up typically some sort of food, and in the more modern era it’s been giving up meat,” said Toby Wahl, Early College High School World History and Geography teacher. Individuals do not have to be Catholic or Chirstian to celebrate Mardi Gras, it is a party for everyone to enjoy.

The sandwich called the Shrove had been present on the Stanley’s menu for more than 50 years, Pencis said.

“When I started working here 16 years ago, I just thought it was an interesting name. And so I tried to dig into like well, what is the origin of this sandwich? What does the name Shrove mean?,” Pencis said. After finding out about Shrove Day based on the history of the previous owners of the restaurant, Stanley’s has celebrated Fat Tuesday for several years.

“We’re going to serve Shroves, and make homemade gumbo, and we have some King Cakes, a traditional Fat Tuesday dessert,” Pencis said.

A New Orleans style brass band will be leading the parade discussed Pencis. “There’s several different brass bands in Dallas that are basically combining to come and do this event together,” he said. Because the New Orleans style of music is not something that can just be found anywhere it depends on the musicians who know it and can do it who come from the tradition.

“The parade is going to start from downtown Tyler on the square, and we have shuttle buses so people can park here and get a ride downtown. We’re gonna walk back in the parade, when we get back here the band is gonna play and we’re gonna have beads and masks and Mardi Gras stuff to give out.”

The downtown Tyler City Square is roughly less than a mile from Stanley’s location. Pencis affirmed the presence of a police escort to keep those participating in the parade safe from traffic. Stanley’s will also be closed through the duration of the parade so its employees could also enjoy the party atmosphere.

Tyler Junior College is also in close range of the festivities that will be occurring Tuesday, March 1. The event is meant to bring people together, Pencis said, who was also a member of the TJC Apache drumline in 1997.

Mardi Gras rather than just a religious tradition is now a cultural tradition predominantly in Louisiana but also in other regions.

“That’s why you’re having Mardi Gras in Tyler, Texas,” Wahl said. “Typically in most religions, even in Islam, you’ll find that anytime there is a practice where you have to fast, that before you start the fast you feast, and when you end the fast you feast.” The feast that will occur is meant to expose people to different cultural aspects, Pencis said.

“I just love doing things that bring people together. You know, BBQ is one of those things that’s enjoyed together and so is music. And so bringing those two things together, it just seems really natural and fun to me and makes me happy,” Pencis said.

Although, historically borders have changed “there was a cultural foot footprint that was left behind and Mardi Gras is a giant cultural footprint involving French culture, Creole culture and Latino culture, how could it not be one of the biggest parties in the world? It has to be,” Wahl said.