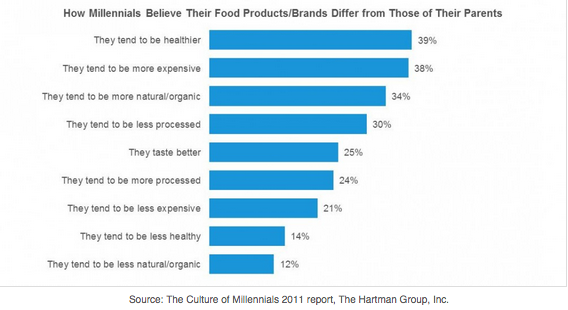 Healthy food is more expensive than fast food, but the Millennials are reaching their pockets to try to keep up with a healthy diet and working out to achieve a fit body.

According to monitoringthefuture.org, the majority of the Millennials (people who were born between 1980s to the early 2000s) worry about their bodies and what they are putting on it.

“I love the one dollar menu at McDonald’s, but I try to resist the temptation, you know? I try to eat a banana instead, or other fruits. I love fruits.” Said Brewer.

The dollar menu at McDonald is a heavy temptation for college students who are out on money, according to Brewer. But statistic show that many McDonald’s have been closing and that they are not the success that they use to be.

“The restaurant company closed 350 stores in early 2015, on top of the 350 it had already said it would shutter, as the burger purveyor seeks to stanch sales declines.”

Brewer claim Salsarita’s as her favorite fast food place. While other students at TJC claimed Chipotle, Chick-Fil-A or sandwich places as their favorite fast foods. But this generation isn’t only getting healthier on the food aspect, the exercise aspect is also better than the last generation.

The trend for a few years now is been working out and eating healthy to keep up with a fit body. The fitness lifestyle is growing and together with it the life expectancy has exceeded the last generation.

“I work out a least four days a week. I feel in shape if I work four days a week, less than that I feel like I haven’t accomplished anything,” said Erica Wesley, TJC student majoring in Biology.

Working out became an important part of many Millennials routine, and is common to see them proudly showing their progress over the weeks/months on Instagram or other social media.

When typing “Millennials are” on Google the first results that show up are “old news,” “lazy entitled narcissists,” “screwed,” “drinking so much wine” and “the worst.” When in reality this generation has showed a better lifestyle food wise and exercise wise than the past ones.