TheDrumBeat.com
HomeStudent LifeThe Mystery of the Garden of Gethsemane The Olive Press explores what...
Student Life 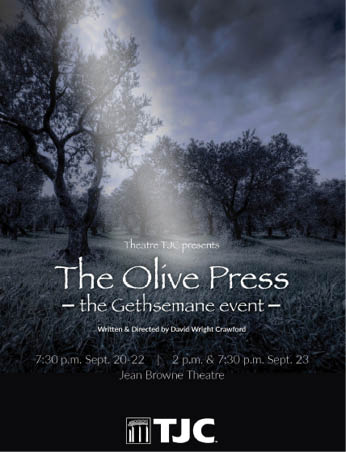 When reading about the Garden of Gethsemane, whether if you read from the book of Matthew or Luke, it seems as though the event went by fairly quickly.

David Wright Crawford, TJC professor Writer and director of The Olive Press, says he has a habit of asking questions. Crawford asked what happened that night.

Scripture says that Jesus had the disciples prepare the Last Passover. They ate and broke bread and Jesus spoke of how Peter will betray Him three times.

Jesus then went to Gethsemane with Peter John and James. There, Jesus asked His disciples to pray and keep watch with Him. The disciples keep falling asleep and Jesus is continually waking them to pray.

While in the garden Jesus is, “…overwhelmed with sorrow to the point of death,” Matthew 26:38. Jesus was under such extensive turmoil he sweat blood.

Crawford investigated to see if it humanly was possible to perspire blood. Doctors said that a person can be under so much anguish and anxiety that you could physically sweat blood. Crawford says that people don’t talk about Jesus under so much distress in the garden.

He then asked what’s going on. He goes on to say that a great deal of Christian were crucified and nailed to a cross and they didn’t sweat blood. But Jesus did and He’s God and he already knew that he was going to die on the cross.

Crawford inquired deeper and concluded that Jesus was under such anguish because Jesus would be separated from His Father for the first time.

In the Christian faith, God, Jesus, and the Holy Spirit are one being but three different people with three different purposes. God can’t look upon sin, in essence he hates sin. Jesus shed his blood to cover those sins when He died and rose again. The Holy Spirit is thought to be sort of like your conscience. The spirit that tells you, ‘Hey, that’s wrong, you shouldn’t do that.’

Taking ideas from Charles Spurgeon, a 18th-century theologian, and piecing together other thoughts, Crawford comes to the assumption that Jesus is under extreme suffering because when he takes the sin of the world upon Him he will be separated from His Father for the first time ever.

Ashton Eichelman, who plays Satan in the play, says that The Olive Press -the Gethsemane event- isn’t meant to be a sermon, it isn’t meant to be preached (at you). The play is an educated guess of what could have happened in the garden.

Eichelman identifies as agnostic. A person who believes in a higher power but doesn’t necessarily claim a specific denomination or view the idea of God in the same way as a Christian per se.

She is still trying to ‘find her way’ and figure out the fundamental basis of her spirituality. Coming from a different belief system gives her a unique opportunity when it comes to playing Satan; she says she is able to see him as he is in the play, desperate.

But it’s what she loves about the show. And would like the show to do to the audience what it did to her, “Offer a new perspective, make you think about this very important, pivotal moment in a belief system.”