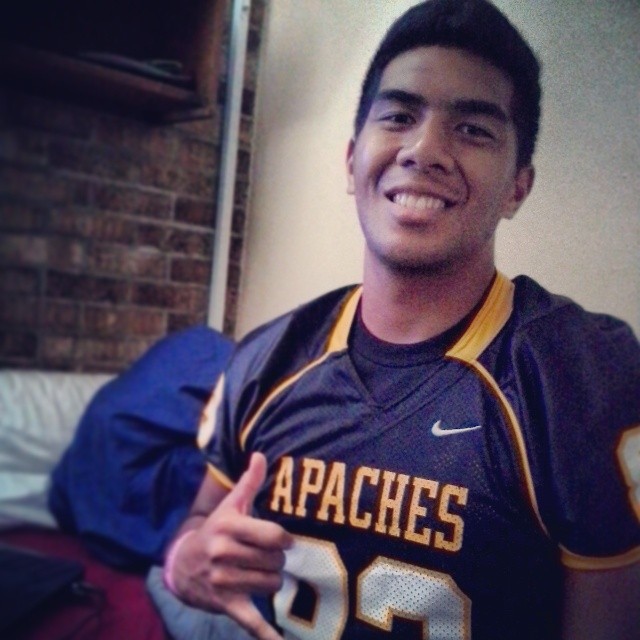 Every holiday, while many students are celebrating with their families, some students are left longing for home.

“I miss having a big holiday dinner with my family and stuff,” said Buddy Tuamasaga, a Tyler Junior College football player. “Because honestly, I have always been more of a family guy.”

It has been a year and a half since Buddy has seen his family due to the expense of traveling back to his hometown of Pago Pago in American Samoa, and the distance is taking its toll. Tuamasaga misses even the smallest things, most of which he finds other students take for granted.

“Sometimes it really bothers me not being able to see my parents, for example, for orientation and stuff like that. I will see kids with their parents and really wish my parents were here,” said Tuamasaga.

Tuamasaga fills one of 1,028 beds on the Tyler Junior College campus, many of which are filled with foreign students.

Several of these students find themselves in the predicament of having to find a place to stay over the Thanksgiving, Christmas, and Spring Break holidays due to the $25 daily fee charged by the Housing office or an even more expensive plane tickets home.

“I would say visit with their friends, look into the community. Are there church groups that support students? What are the other resources in the community?” said Diana Karol, Director of Auxiliary Services. “Now, could we help develop those relationships? Yeah, probably. There is probably a role in there for housing. I could work with Dean of Students, Dean Hill, and together we could do a little outreach.”

These ties could be extremely beneficial, but still cannot replace the feeling that family can bring over the holiday season.

Tuamasaga has experienced this firsthand, and constantly is missing his mom, dad, sister, and nephew back home.

Although he does not see himself getting the chance to go home soon, Tuamasaga tries to stay in touch with his family through Skype.

“I Skype with them every other week, but it sucks because every time I Skype with them they try not to cry while we are talking on Skype and stuff, and then after we Skype they start crying, and I am doing the same thing,” said Tuamasaga.

Tuamasaga has begun to use his longing for home as inspiration to do better in his classes and on the football field. His story encourages his teammates and friends when they start to miss home as well.

“I’m from Mexico and I only get to see my family twice a year. Now having a friend that doesn’t see his family for that long, it’s really tough, and I respect that,” said Joel Jalomo, fellow Tyler Junior College football player.