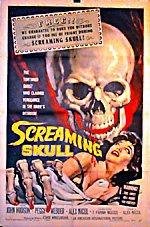 Let’s make one thing crystal clear, ‘bad’ here does not mean ‘frightening.’ This list will not include anything with the slightest chance of ever scaring anyone. ‘Bad’ means “low-budget, bad acting, bad directing, bad sets, bad props, and bad special effects.”

Why? Because there are some of us who don’t get a kick out of seeing zombies, slashers or ghosts doing horrific things that keep us from sleeping for days, but nothing beats the laughs a failed attempt to be scary can give. They’re fun, they’re cheesy, they’re campy and they make the perfect Halloween fare for us cowards.

So here they are — the top five worst horror movies of all time. Enjoy.
[metaslider id=2853331]
5. — Topping our list is the 1990 classic “Troll 2,” with its 6% fresh rating on Rotten Tomatoes, which is rather generous considering most of the crew did not speak English, and none of the cast had ever acted before. And don’t let the name fool you. It is in no way connected to “Troll” or “Troll 3,” nor does it actually include any trolls. Goblins, yes. Trolls, no. Go figure.

This is the harrowing story of a boy, his older sister and their parents who move to the tiny town of Nilbog in a month-long exchange, while a Nilbog family moves to their city. That’s when things get weird. Young Joshua, haunted by the friendly ghost of his grandfather Seth, begins to notice strange things, like everyone’s wooden expressions, blankly staring eyes and deadpan voices (though that could just be the acting).

As the action escalates, we see slacker teenagers turned to plants and eaten by goblins (because of magic, of course), a preacher telling everyone the evils of meat and a witch who uses the Stonehenge Magic Stone (purchased at the Redundant Store of Redundancy, I presume) to give her minions evil powers. All of this reaches its climax when Joshua realizes “Nilbog is Goblin spelled backwards!” Way to go, Sherlock. Here’s a spoiler – when everyone dies at the end, it’s more a feeling of relief than terror.

4. — Next up, from 1958, is “The Screaming Skull,” with a 3.2 out of 10 on IMDB. This film first gained notoriety by promising to pay for audience members’ funerals should they die of fright. Needless to say, they didn’t take a big loss on that count.

A widower takes his new wife to his country estate, where they meet Mickey the creepy gardener, a rather obnoxious reverend, and (you guessed it) a screaming skull! Could it be the ghost of the dead wife? Could it be a prank by the jealous and somewhat insane Mickey? Could it be the work of the slightly unhinged husband? I’ve seen the movie, and I still don’t know. That’s the kind of writing we’re dealing with here.

3. — With a name like “Monster a-Go-Go,” it has to be good. In this 1965 affront to film, with its 2.4 rating on IMDB, a spaceship crashes, but rescue teams cannot find the astronaut. Meanwhile, a giant monster with a face marked by radioactive acne (at least that’s what it looks like) begins terrorizing the bikini-clad, go-go dancing population. After a good long while of absolutely nothing notable happening, the authorities track the monster down and corner it in a blocked tunnel. They head in after it, only to find that it has disappeared. A radio message arrives, saying that the spaceship has crashed down (again?) several thousand miles away and the astronaut has been found alive and healthy, leading the narrator to proclaim “There is no monster!”

Did the entire movie just not happen? I don’t know. The only conclusion we can draw with certainty is that the real monsters in all of this were the writers.

2. — Coming in at number two is everyone’s favorite “Plan 9 From Outer Space.” Where to begin?

In the first place, horror film superstar Bella Lugosi (the last scary Dracula) was billed as the star. Unfortunately, he died during filming, so the crew pulled together silent footage out of context and made the best of it. Though ‘best’ may not be the right word…

This classic tales of extraterrestrial beings (you can tell because they wear purple lamè capes) who fly in on saucers held aloft by strings as obvious as… something really obvious. Words cannot adequately describe the effects in this monstrosity of a movie. Fearing that humanity is about to create a super-weapon that would allow us to take over the galaxy or destroy the galaxy or overpopulate the galaxy or do something galactic and presumably bad (there’s a bit of confusion in the script on what we’re actually about to do), the aliens try eight failed plans to destroy our species, ending with a last-ditch scheme to raise the dead and destroy us via a zombie apocalypse, because just asking us not to destroy the galaxy would be out of the question.

“Plan 9” has it all: bad actors, bad writers, bad directors, bad producers, bad special effects, and bad, well, anything else you can think of. Make sure to catch the first airplane cockpit scene, where you can see the pilot reading the script from his lap. But even this cannot keep it from being edged out by the worst movie of all time…

“Manos” is the 1966 story of Michael, his wife Margaret, and their young daughter Debbie, who get lost and decide to stop at Valley Lodge, where they are greeted by the film’s standout character Torgo. Originally intended to be a satyr of Greek myth, the crew put his leg braces on backwards, resulting in an erratically stop-and-go left-and-right walk and a horrific deformity for the character — big knees. Pair that with a voice more reminiscent of a goat than a henchman, and you’ve got magic.

Torgo takes care of the place while the Master is away, and makes sure to tell us that. The Master, while “not dead the way you know it,” might as well be dead when it comes to his abysmal portrayal of a Satanic cult leader, blessed with unspecified powers of black magic, a harem of wives who come alive at night to fight each other in skimpy nightgowns (because of … reasons), and a mustache to rival the best of them.

How bad is this movie? There are five minutes of shots of fields, because the credits did not run as long as expected. There is a wholly unconnected side-plot about a couple making out in a car, being told to move up the road several yards by hick cops multiple times, and five minutes of two women driving. No dialogue. No music. No anything. Just shots of the desert around El Paso.

Name anything about a movie. Scripts? Bad. Lighting? Bad. Acting? Bad. Effects? Bad. This movie should be shown at every film school as a definitive guide on how not to make a movie. Be sure to keep an eye out for rare cameo appearances by B-movie celebrities like the clapboard and the boom-mike!

How should this movie be watched? With lots of friends, so you can make fun of it together. That’s how Halloween ought to be spent. No scares. No chills. No bed-wetting. Just friends, food, and mockery of cinema’s worst disasters. Have fun!